Benin bronze rattle stick in three slotted segments containing metal parts that make the stick rattle when moved. At the top and at the bottom of the handle section a double figure each with finely worked features and ornaments on the clothing. The lower section consists of a flat, blade-like piece richly ornamented. 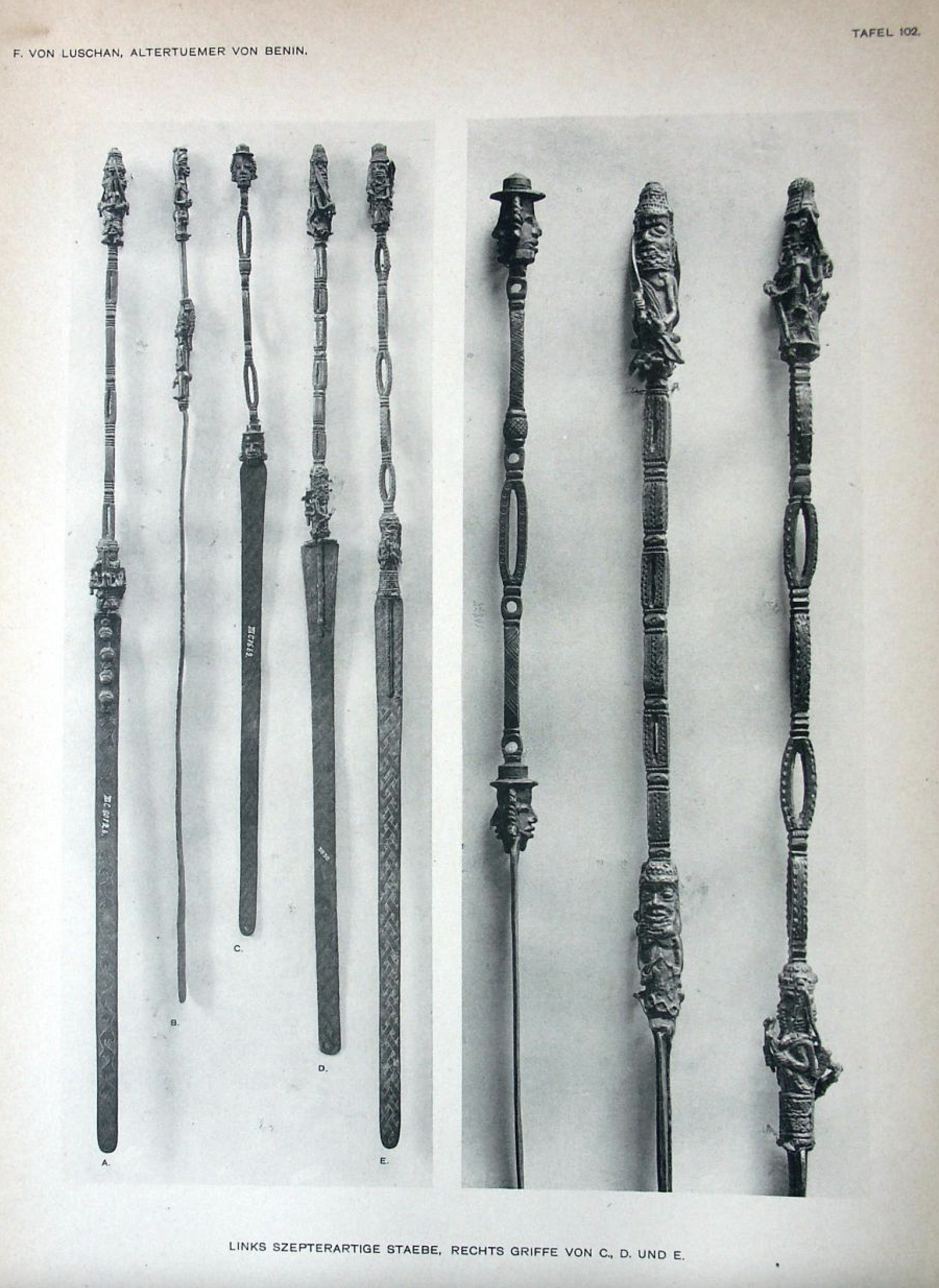 The Benin Kingdom in southern Nigeria, rattle sticks or ukhurhe are an essential feature of Benin ancestral altars (see image on the right), whether for kings, chiefs or commoners. These staffs have one or more hollow rattle chambers near the top and are shaken while prayers are said at the altars to attract the attention of the ancestors. Ukhurhe can be made of wood or brass, with the brass models only found on royal altars.

These staffs are from the Benin culture. They represent the authority that is passed down in families, villages, priests or successors in general. They would be used as parts of ancestral altars to commemorate current and past leaders.  These were carved from wood for everyone except the Oba’s who would have them cast from brass and sometimes from ivory.

On the top of the staffs, there would be a slit that would house a wood or clay cylindrical rattle. This rattle was used to call attention to spirits so that they would come to their altar and make themselves present. These staffs were lined up by the altar where they symbolized the community and the continuity from generations of being passed down.  On the Oba’s staff there are often figures or mudfish represented.  It’s also said that the spirits from past Oba’s are housed within the staff and continue to be passed on.